Croteam Spolight - February
By THE LAW & Mauritsio
2019-02-28 18:43:52
We are starting a brand new series on our website - “Croteam Spotlight”! Posted at the end of every month, this is a rubric in which we will try to summarize all of the news from Croteam in the past month and deliver them straight to you, the reader. So in case you missed some Croteam-related news or you simply don’t have time to follow everything - this may be a good way to catch up for you!


Now let’s start if off with the most recent news!
Unity of Command II - Announcement Trailer
Croteam and 2x2 Games have combined their powers to create a sequel to the cult classic strategy game Unity of Command, aptly named Unity of Command II. In this continuation, the game upgrades to 3D graphics for the first time and will integrate new features like the Headquarters and refined core mechanics - not to mention cool modding tools such as the scenario editor! Croteam are ready to help their Croatian neighbour 2x2 and take this operational-level wargame to the next level, this fall!

“You never know what to expect from Croteam! We’ve built our brand on chaotic shooter games in Serious Sam, went on to create a slow-paced philosophical gem in The Talos Principle and co-produced a survival megahit in SCUM,” said Roman Ribaric, Croteam CEO. “We love what 2×2 Games has done with Unity of Command and recognize the ingenuity behind it. We’re very excited to bring our experience to the table and make Unity of Command II the best wargaming title to date.”

Important to note is that Croteam is not directly related to the development of this game, much like how they assisted in the development of SCUM. In this YouTube comment thread on the game’s trailer, they explain their relation with the game more clearly.

Tormental - New Dev Blogpost
The latest dev update blog for the Gungrounds-made game puts Serious Sam’s arsenal of weapons in the spotlight. In this post, we learned that we can look forward to the return of classic guns such as the Flamethrower, Minigun and the Rocket Launcher - and anticipate the introduction of new ones in the forms of the Boomerang, Electro Shotgun and the Twin Flamethrower! But the firearms in this showcase are only a select few of the guns you’ll find in Tormental - at launch, the game is expected to have around 38 seriously destructive weapons! Tormental is coming to Early Access soon - in this quarter of the year!

View the announcement here.
...or on Steam!

While we’re on the subject of Croteam Incubator games, let’s talk about…
Battle Bolts
In case you are not familiar with this game by Shot Second - Battle Bolts is a turn-based strategy game where up to 4 players battle in a deadly arena by programming their moves in advance! The game is all about predicting your foe’s movements and getting into their heads, while playing with some cool tanks.
As of right now, we do not have any video footage which is consistent with the current development build of the game But, there is some footage of the game running on a 10-month old version - and it’s still all very interesting. Take a look at this video, where game director Damjan Mravunac (who you will no doubt know for creating the main Serious Sam series’ soundtrack!) discusses Battle Bolts.


Luckily, the Battle Bolts Twitter account has seen a lot of activity lately - as it has been sharing early concept art of the game and screenshots of the game in a more up to date version of the game! 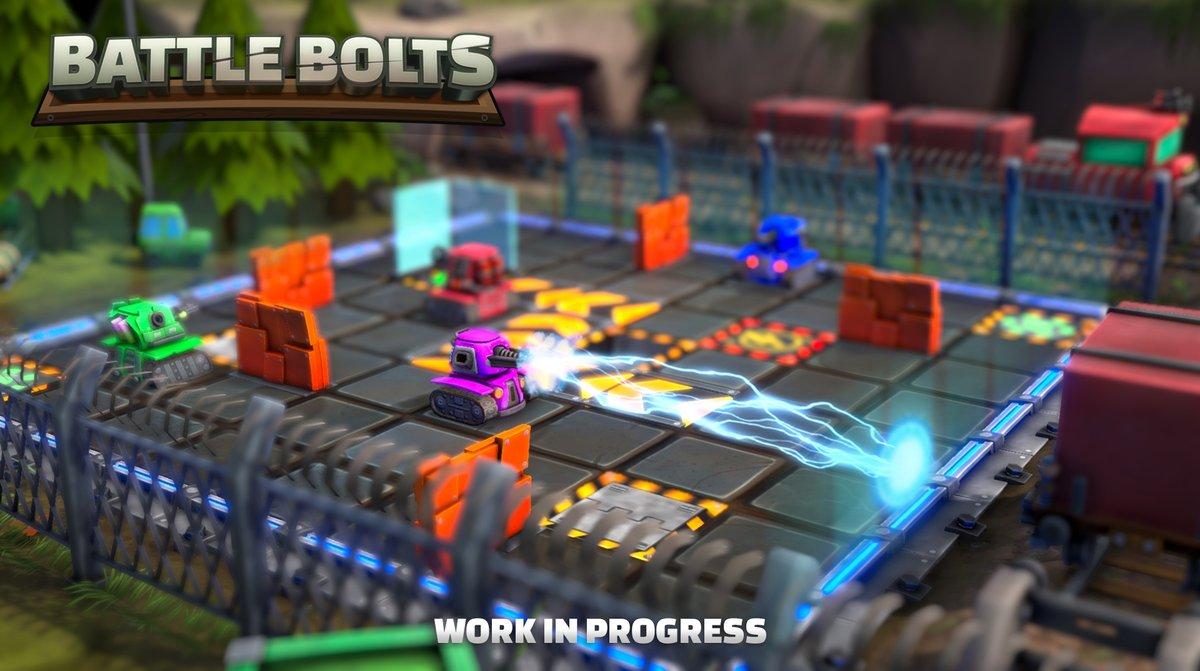 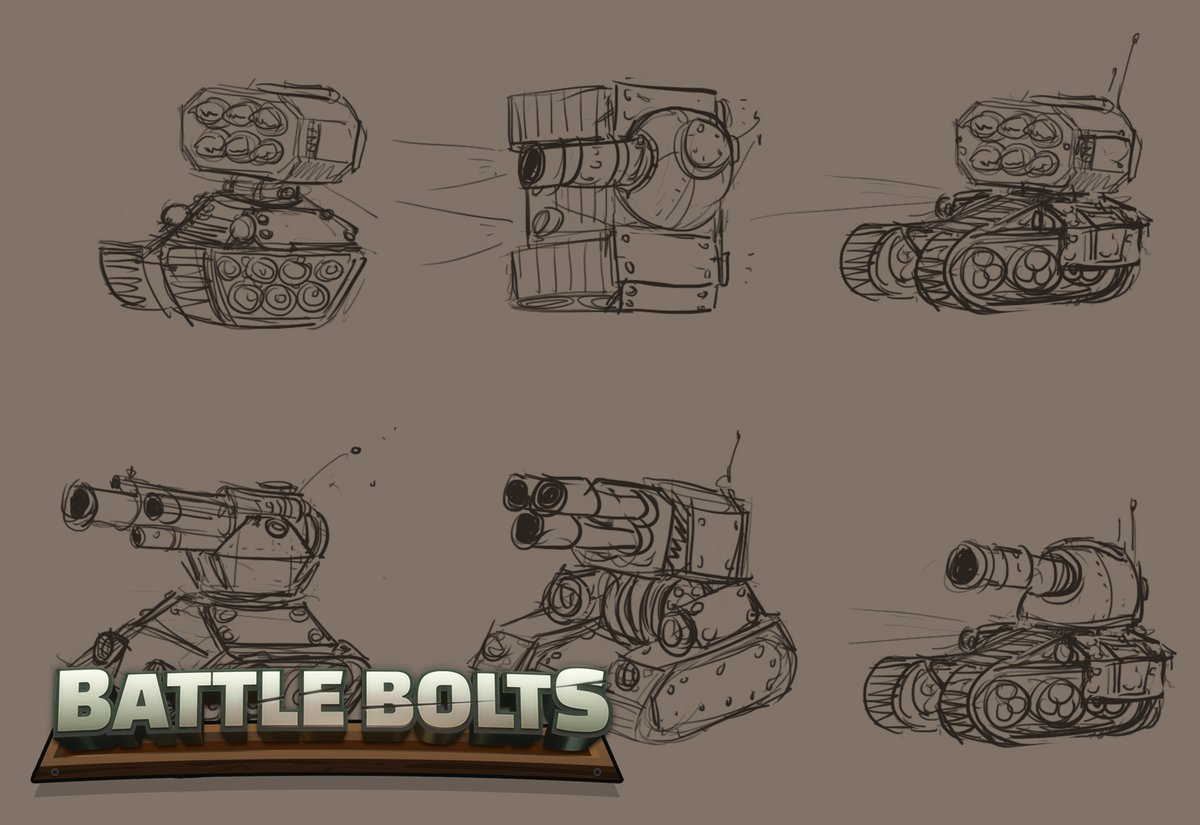 The game is currently slated for a Q1 2019 release window - according to the game’s Steam page - we’re keeping our fingers crossed for some official footage and a more precise release date in the very near future.

I Hate Running Backwards
And we can’t finish the Croteam Incubator trifecta without mentioning IHRB, the first game released under the Incubator project. While there isn’t any news surrounding the game and its developers Binx Interactive (yet!), you can read the AMA we hosted with them a few weeks ago in case you missed it! Readers of our website could send in questions to ask Binx anything they’d want to talk about - and so they shared a lot of stories about game development (and even their own personal music playlist they listen to while developing a game!)

The Talos Principle - Updated!
In a move that came seemingly out of nowhere, a new update has come out for The Talos Principle, Croteam’s other surprisingly popular game! While there isn’t any new substantial content in this update (aside from a small tech demo level) - if you looked “under the hood”, as mentioned in the community post, you would see something very different than what you’re used to. Before, Talos Principle ran on the Serious Engine 4.0, its very own. But in this new version, Talos will be using the Serious Engine 2017 - the same engine Serious Sam Fusion is using right now! This one’s also two years behind, but really - a number is just a number. This will pave the way for significantly improved performance, upgraded graphics APIs and - the same modding capabilities Fusion has! Hopefully modders will take advantage of this.

Scum - 3-month Roadmap!
The developers of SCUM, Gamepires, released a roadmap of where the game will be going in the next three months - so  if you are fan of the realistic open world survival genre, give it a quick read here: https://steamcommunity.com/games/513710/announcements/detail/3476120204838739619

Finally… we have an exclusive scoop about Croteam’s most anticipated game yet - you already know what we’re talking about!
Serious Sam 4!
When asked on Twitter by a fan as to where Serious Sam 4 is, Croteam finally answered this eternal question themselves and shared the location of Planet Badass! Here it is:

Indeed, Serious Sam 4 has been hiding behind a link all this time! Here is that link for all of who wish to visit Planet Badass: bit.ly/ss4-steam


Okay, joking aside - we’re confident SS4 will come sooner than later.
But that’s all for now! With so much activity from Croteam going on lately, be it concerning their Incubator projects or elsewhere, we hope we can do those type of articles on a monthly or maybe even a bi-weekly basis!

If you wish to follow everything surrounding these Croteam-related topics more closely, you can consider joining these Discord communities: 7Smoke, Croteam, I Hate Running Backwards, Tormental. Click on their respective icons below to receive an invite!