Time to look back at the previous month and check out all the Croteam-related news in the fourth episode of our “Croteam Spotlight”! May has been a pretty active month for Croteam, so let’s get started.


Battle Bolts out of Early Access!
Starting with Battle Bolts, as the game is out of Early Access, which means that Shot Second have added online matchmaking, and in the next few days, or maybe even by the time you are reading this, the “return to lobby” feature and AI overhaul have also been released!
Moreover, the game got new maps and some of the old, unbalanced maps were removed as they were too frustrating for most of the players. Now the game has a total amount of 17 maps and 3 different environments for some added variety.
For the three weeks that the game has been out of Early Access there have been two Fight Night multiplayer events. These are the events where at 17:00 UTC on a set day, we go ahead and host as many lobbies as we can, so people who wish to try Battle Bolts in multiplayer won’t have any issues finding a game. We also gather in Croteam’s Discord voice channel for some fun chit chat, and of course, trash talk!
Damjan himself, the game's creator, who usually joins us at the “Battle Bolts” events, said that if anyone wants to create a map for the game, he will gladly take a look at it - maybe add it and name it after the players. If you have interest in this, here's an example of how you can do it: 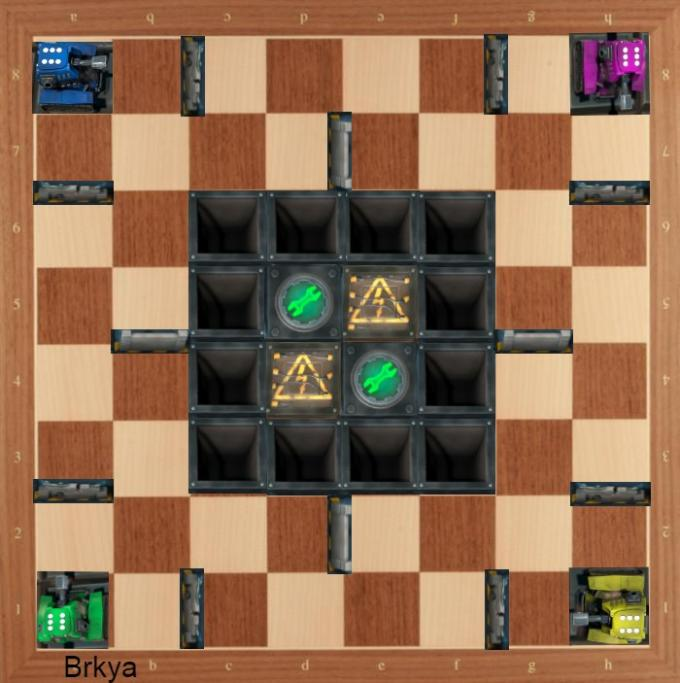 You can do it like Brkya, who is adding the images on an 8x8 board, or you can mark your fields with text. You can send your prototype to Roy O’Bannon (“THE LAW” on Discord) and he will make sure that Damjan checks out your map!


Tormental Updates
The Tormental developers have prepared a changelog five pages long! Because of its length and because of some changes being still polished, the dev team decided to publish some part of the changes every day in a steam discussion named “Update #7 - what’s coming next”.
And as you can see from Tormental’s Twitter post, every character will now have their own unique melee weapon!

Make sure you subscribe to the discussion in order to get notified about the daily patch notes!
If you don’t have the game, you can grab it on Steam for 9.99€.


Featured mod articles for Serious Sam
We would like to believe that we inspired Croteam with our “Mod on the Spot” to start their own fantastic articles for the modders named “Mod of the Month”, where they showcase a mod or a map made by the community. The first mod of the month ended up being Serious Sam Fusion's Red Day: Episode One by Ded_Kadath. Make sure you read the article, as it’s pretty interesting and most of all it's just to see Croteam showing support to the Serious Sam modding community.


Unity Of Command II
The Unity Of Command II developers, 2x2 Games, have started a series on their YouTube channel where they are showcasing how game mechanics will work. In the video below you can see how the “Fog of War” works, how you can give your soldiers orders and capture prisoners for valuable intel. It has some pretty interesting stuff and in the next episode the airpower mechanics will be revealed.

That was all for this month. Hopefully we didn’t miss anything, but if you think we did, let us know in our Discord server and we may write another article about it.

If you wish to follow everything surrounding these Croteam-related topics more closely, you can consider joining these Discord communities: 7Smoke, Croteam, I Hate Running Backwards, Tormental. Click on their respective icons below to receive an invite!