January: Bad Black Movie Night
Previously we had watched Who Killed Captain Alex, which almost won Movie of the Year during the 2018 Awards. Bad Black is from the same studio, "Wakaliwood", a Ugandan budget movie producer. And as I Hate Everything once stated, paraphrased, a movie does not need a budget to be passionate. These movies' charm is because they have hardly any editing and questionable editing. And after the event, we became a certified Tiger Mafia member through completing a webgame! 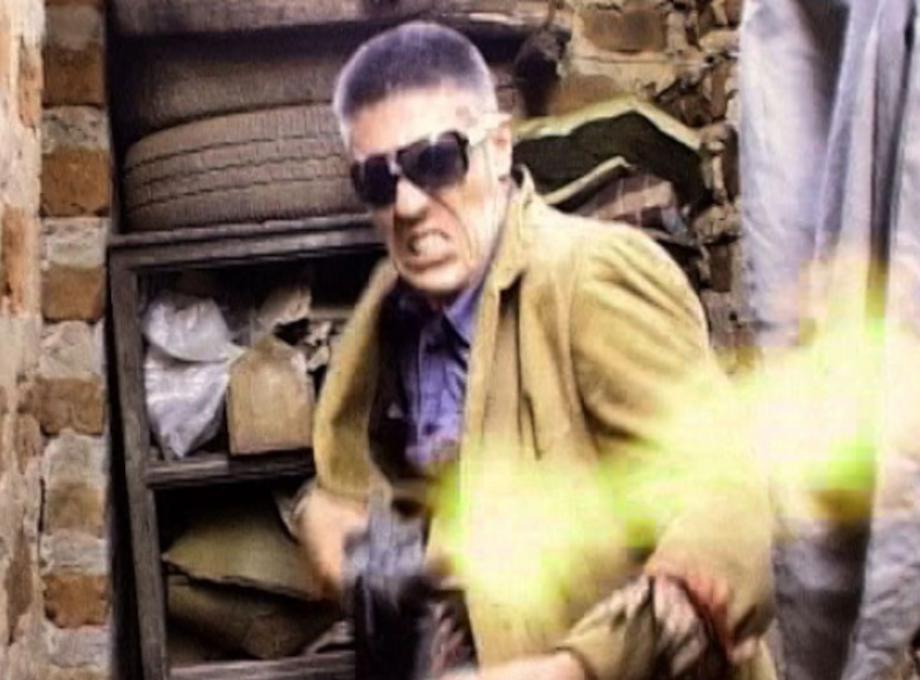 February: Jackbox Party Pack Night
Jackbox Party Pack events are always a good time, and this one in February was little exception. We mostly played our favourite games from 2019 events, including "Survive the Internet", "Tee K.O." and "Earwax", where fart sounds is all you need to win. The first one is shown in the screenshot. Survive the Internet is a minigame based on writing outlandish titles or replies to seemingly normal posts. Mentions of kindergartens and other vile things is on the agenda almost all the time. It's almost like Cards Against Humanity but with self-made responses. 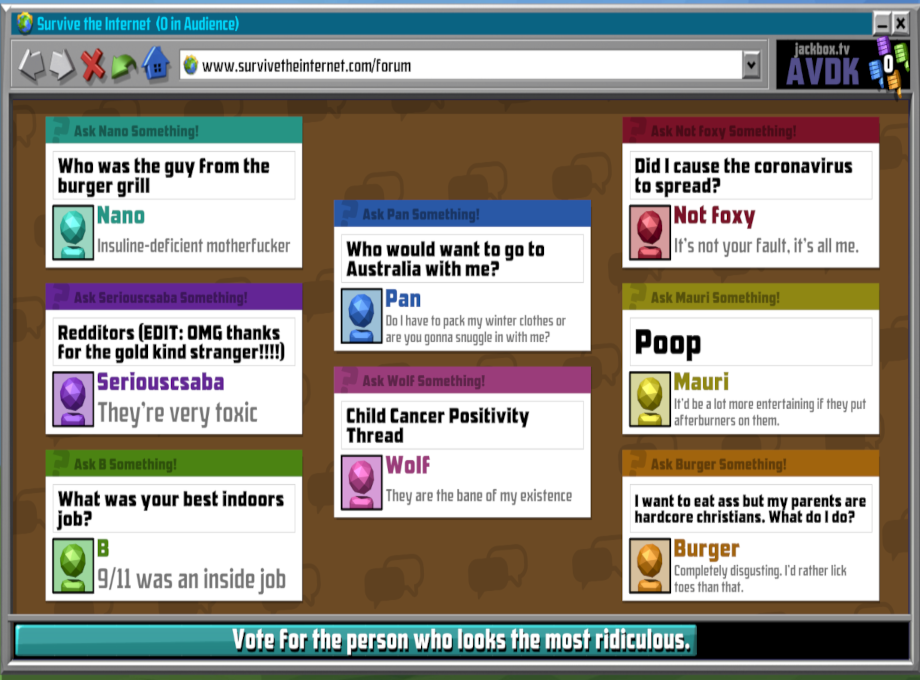 March: Killing Floor 2
During the Killing Floor 2 events, we technically break player limits, so we've got a lot of zombies (okay, they're called Zeds, I know!) to fight. This one in particular gave us some trouble with bosses packed in tight spaces, including the Matriach who we really did not need to die to... but we did anyway. With too many close shaves to boot and friendly encouragement from Gaz, these events had a lot of close shave survival moments. 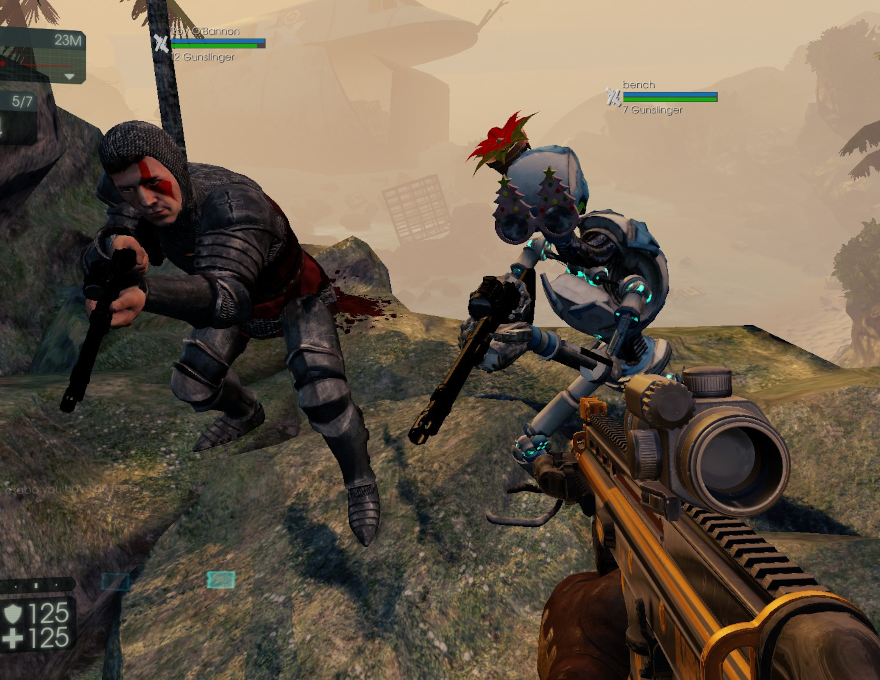 April: Jackbox Party Pack Night 2
Another Jackbox candidate? The highlight was the Joke Boat minigame, which has you do stand-up comedy on a sinking ship. Some jokes gave a good laugh like "Middle school was like 7SMOKE - the toilet was clogged with Lapper's shit", but then you have Noam's genius comedic skills such as "I have more CONTACT LENSES than People who wear glasses hahawheehuhq239o32o". Well, some it made some people laugh so I guess the bar's just low. We played that one the most of this event. We also tried out "Pitch your Invention" for the first time! 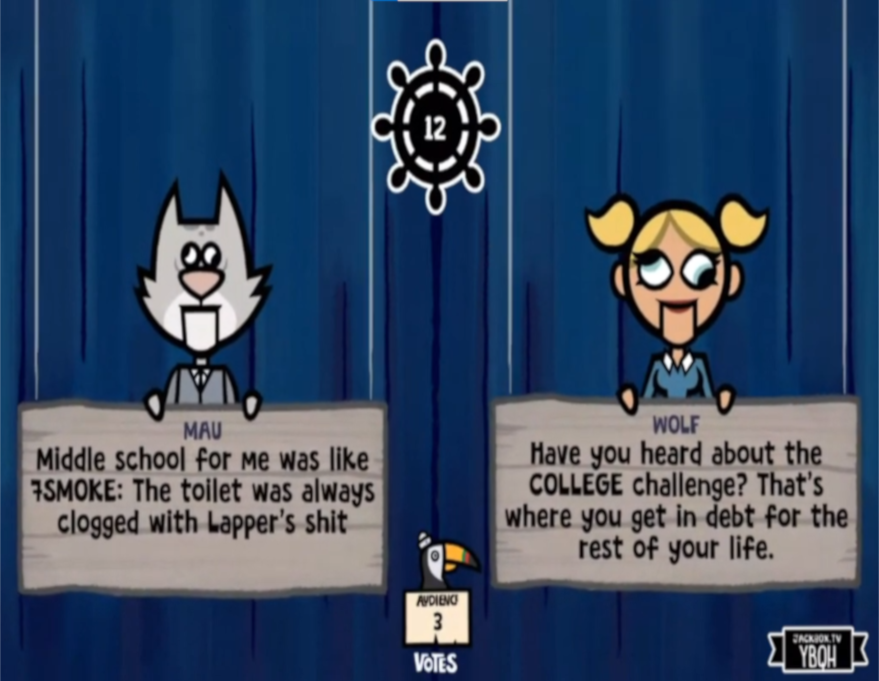 May: NeoTokyo
NeoTokyo, a Counter-Strike like FPS which we found on a recommendation by nano, isn't the most bustling game, but something we come back to every now and then. We gathered around with the more dedicated NeoTokyo community that also plays the game every Friday night - and with the combination of these two communities in one server, we made the most of it - mostly pretending we're good at the game and having some banter to along with it. 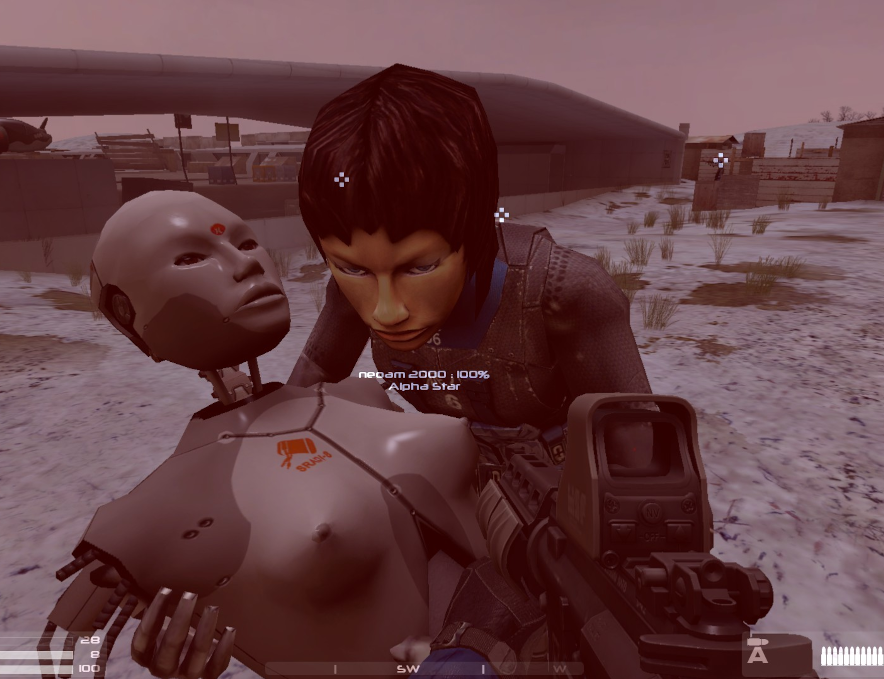 June: Smashball / EYE: Divine Cybermancy
Ah yes, Smashball. We were on a spree of playing really bad source mods back then. Needless to say, the event didn't go as planned. The only server this game had managed to die only from nano joining it. We kind of spent the next hour goofing around and doing nothing, until one of our members, Conch suggested we try out E.Y.E. Divine Cybermancy, which is also a Source-based game. The E.Y.E. event went pretty well, with us having fun in the game's versus and campaign modes. Now if only we could continue it this year... 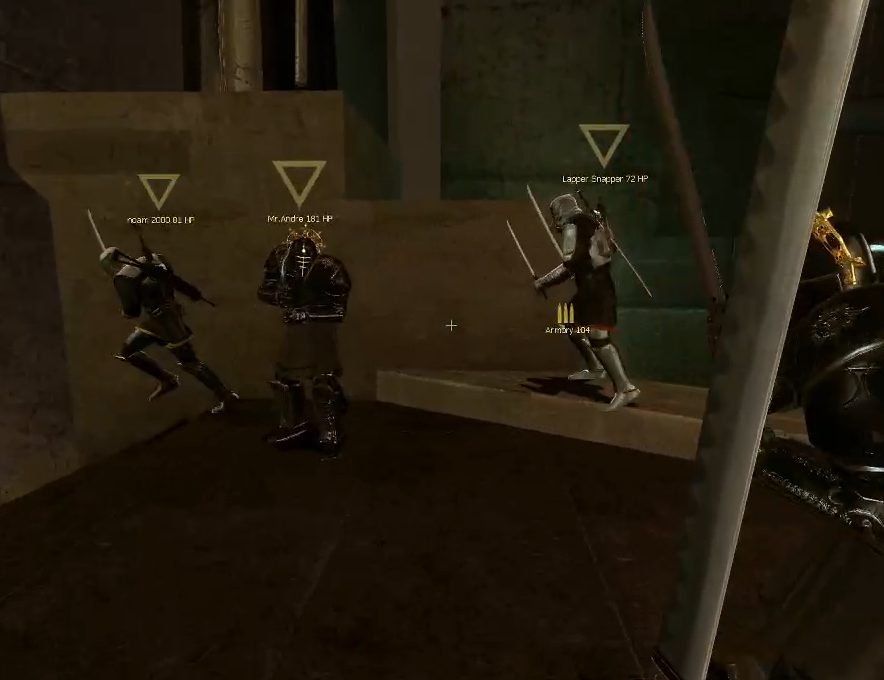 July: Devolver Direct feat. Serious Sam 4 trailer
With the promise of a Serious Sam 4 gameplay trailer appearing at Devolver's very own "Direct" broadcast, we gathered for a viewing party in our Discord channel. Though we had to endure most of the broadcast's disturbing storyline, including "Shadow Warrior: Eternal" and an appearance from our uncle at Nintendo, we finally got our sneak peek (with Lapper joining in at just the right time) and a surprise visit from a steroid crackhead in boxers which spawned a contest. 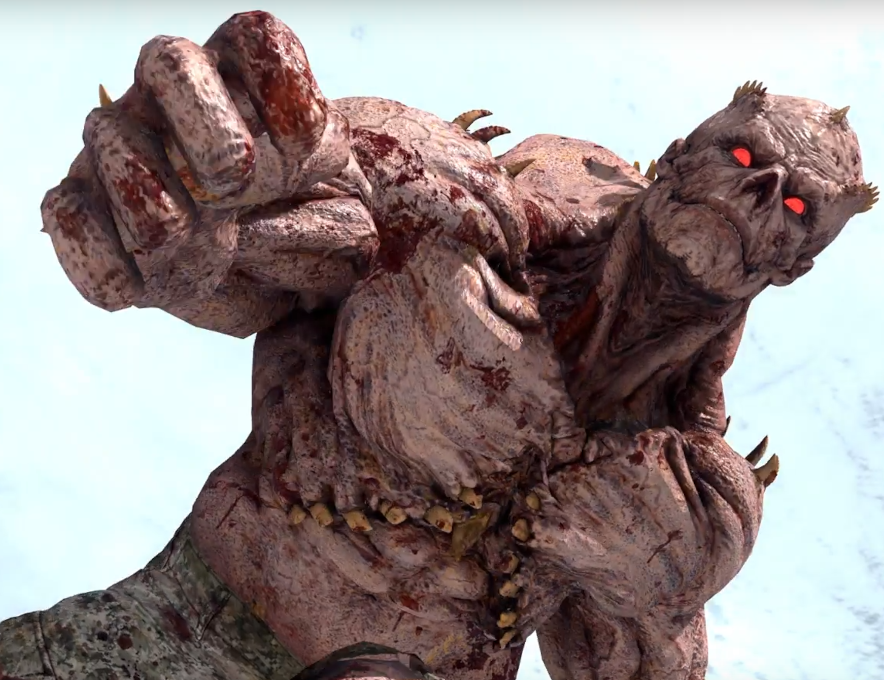 August: BFE Devolved
The only Serious Sam event on this list - surprising there's no Sam 4, come to think of it. Anyway, this event we played Nitronik's BFE Devolved mod and it made the experience more bearable for our 43th playthrough of the game (didn't actually count that one). With plenty of Gnaars, Kamikazes, cooler Grenade Launchers, but most of the good times came from the friendly voice chat banter and even some of the earliest Serious Sam 4 pre-release shilling by Roy. To be fair, that banter happens in most events, but this one especially so. Almost all the way through it was a 16 player party, even with a live concert from "Ali-Express Damjan", the highlight of the evnt

September: Killing Floor 2 again
Yes, again. A lot of repeat events, huh? This one had much of the same traits as the March event, and some journeying through classic maps including Farm and WestLondon. Luckily this one went a lot better than the last time in terms of bosses. Except for the end where we got choked by Hans Volter in the offices. That was kind of embarassing. 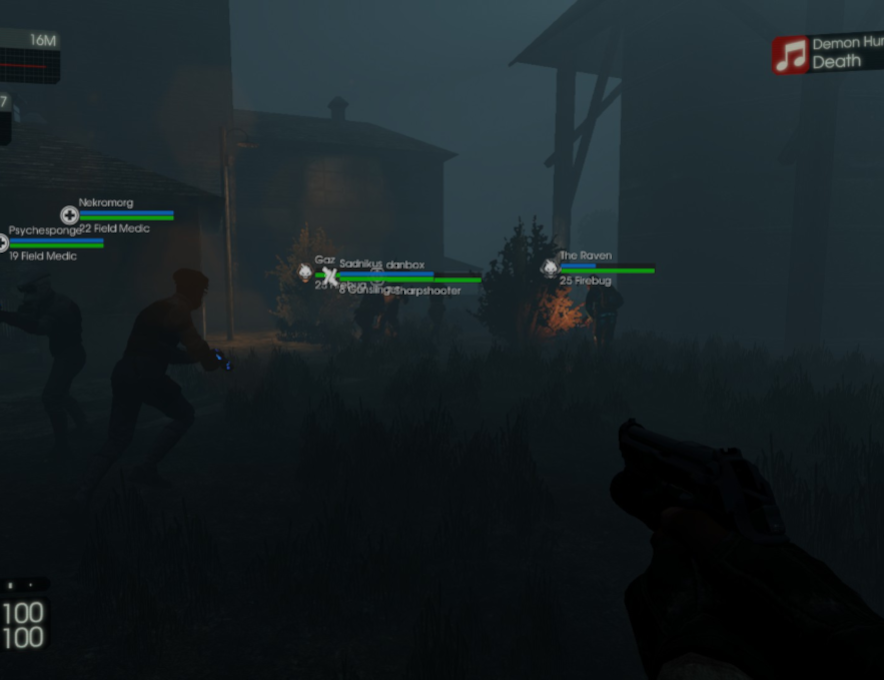 October: Jackbox Party Pack Night 3
This has got to stop. Okay, I think this is the last Jackbox event on this list. The highlight for this one was "Champ'd Up", where you get limited time to draw some characters based on a prompt which goes head to head against another person's "response" fighter. We played this one three times during the event! The contenders were fierce, including "The Shekelerman", the "Jomker", "my dad", "Chris Hensen" and a lot of NSFW ones. Like, a lot of them. Caused us to lose it plenty of times though. 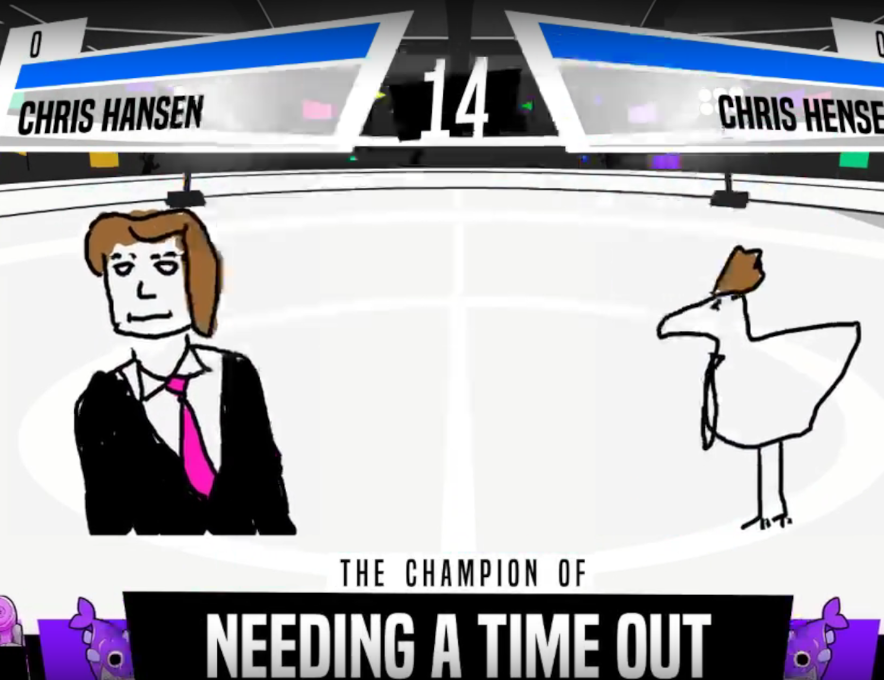 November: Quake 3 Arena Fusion
Maybe not the most populous event, but this Quake III Arena: Fusion event was a nice and chill one. We've started out as always on the standard Quake maps and slowly moved onto playing custom ones. We began with playing the greatest workshop creation, the Ballpit map. After we had our eyes burnt by the bright and vibrant full-bright colors of Ballpit, we moved onto the Longest Cruiser™. Cause which mod doesn't have a Daisy Cruiser variation? We ended the event by playing a bunch of rat maps, which are, without bias, the best maps any game might have. 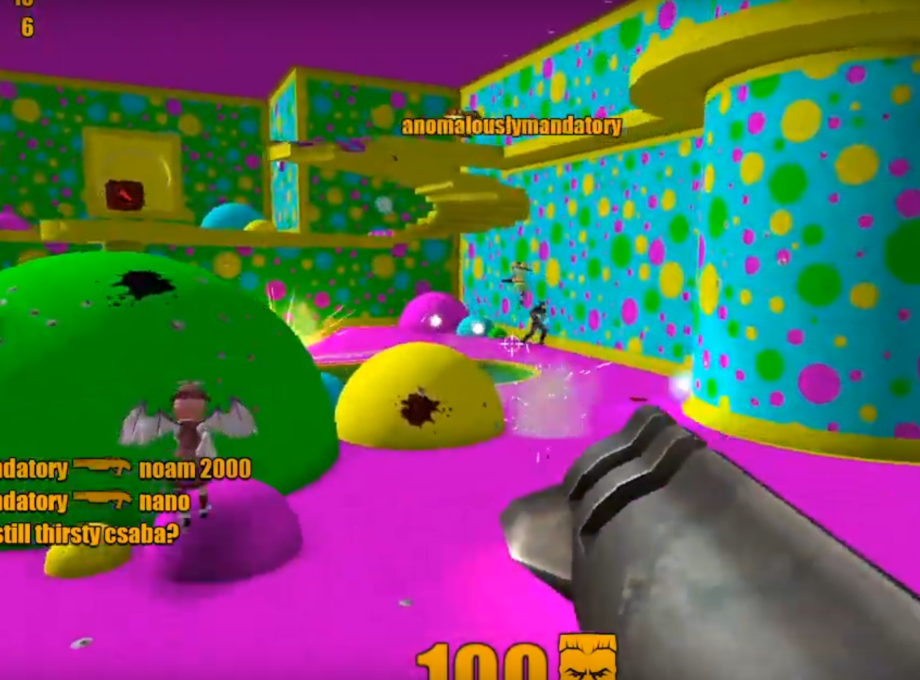 December: 100 rounds of cs_office
The sacred Counter-Strike: Source events are now an actual annual thing. What started as a joke of playing 100 rounds on Lapper's most hated Counter-Strike map, de_dust2, turned into an actual thing that people enjoy. Who would've guessed? This time, we've played an actually good map, the beloved hostage rescue map, cs_office! Needless to say, all of us had a blast playing! The competition was fierce but fun and fair. 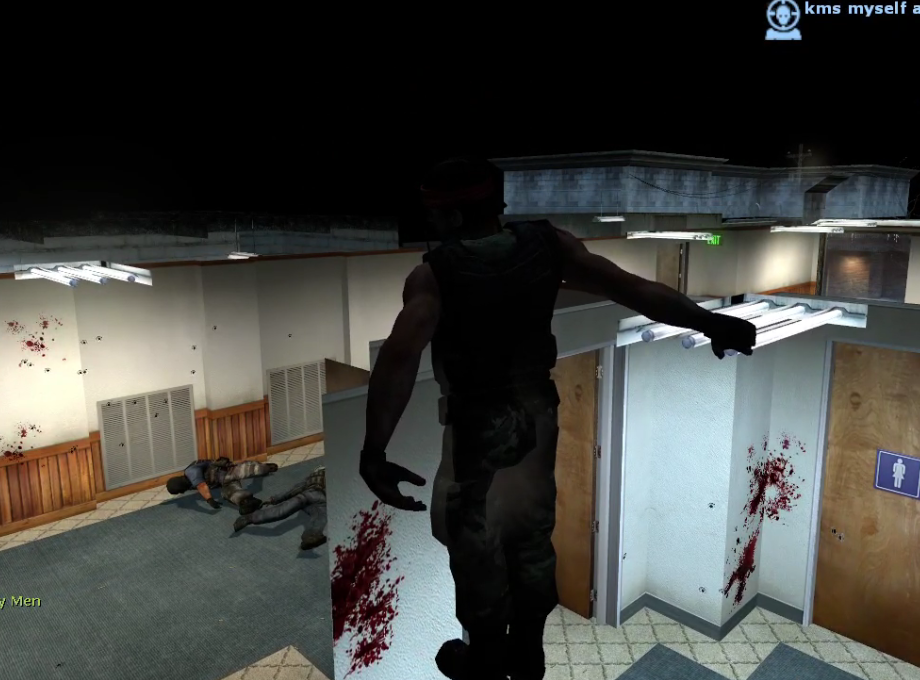